HER is one of the largest dating apps for 2SLGBTQ+ women and queer folk. It allows users to connect with each other and their community through news, social media content, and events. By being tailored directly for queer people, HER avoids some of the downsides of mainstream dating apps.

Scale your data system without scaling your team

Before starting with Narrator, HER's data team evaluated tools to build and maintain materialized views. They built out a dbt project with a full time consultant, but realized that as the company grew it would require a team of analytics engineers to maintain.

“Since we started using Narrator we haven’t talked about building big queries in Metabase to extract data from the non-materialized views in BigQuery”, says Sydney.

She particularly appreciates that the ongoing maintenance is far simpler as well. “With Narrator, updating a materialized view to add a new column or something similar only takes an hour."

Victor, HER's Head of Engineering, agrees: “Maintenance time has been drastically reduced. Narrator allows a single analyst to do the work of a data engineer"

"I feel like I can do my job so much better. Having all this extra time back gives me the time to do the extra things I want to do on top of what’s expected of me in my role" 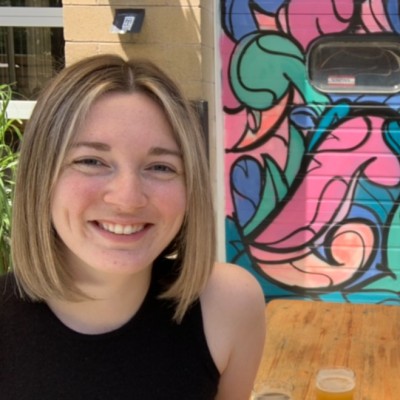 Analyze dozens of customer behaviors in hours, not weeks

"With Narrator I was able to run 20-40 analyses in two days to understand what leads to user success"
- Sydney Reeves, Senior Data Analyst

HER’s data team wanted to increase the conversion rate from signup to user success. They already knew which customer behaviors correlated with user success, but they wanted to analyze which ones were actionable -- what the business should actually promote to increase conversion.

Over the course of two afternoons Sydney used Narrator’s analyze button to test 10 different hypotheses, ranging from number of likes received to number of swipes within 30 minutes of signup. She explored several variants of each, ultimately creating 30 to 40 different analyses.

A data analyst was able to create dozens of full analyzes in days, without pausing for data prep

Narrator’s automated analysis took the same steps that Sydney would have done herself, without the need for data prep.

“That would’ve taken way more than two days to do that before - just getting the data and cleaning it up is where most of the work is. When you're an analyst, running the analysis is usually the fast part."

"But with Narrator even the analysis is much faster than doing it myself because I can just keep clicking on the Narrative, then go do something else and come back and run a new Narrative, and keep going."

After a couple afternoons' worth of work Sydney had 4 or 5 specific actionable ideas for the business to try.

Expect more from your self-service tools

We're serious about going from question to data-driven decision in minutes. We'll show you with your data!

Join companies getting data in minutes instead of weeks

In less than a week start answering questions as quickly as you can ask them.